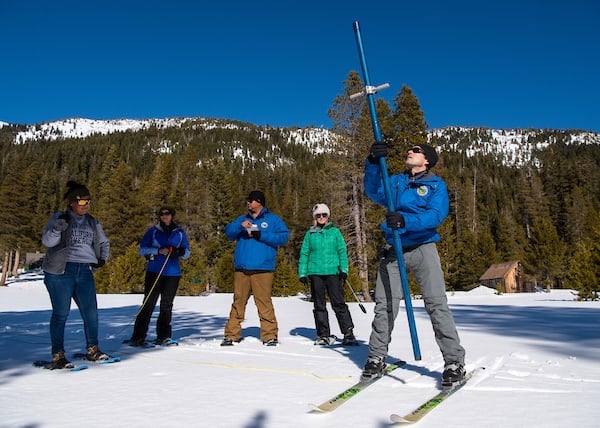 The second snow survey of the year on January 31st shows the Sierra snowpack at 100 percent of average thanks to the heavy snowstorms that brought lots of snow to the mountains.

The snowpack is holding more water than this time last year. That’s good news, because as the snow melts, it helps feed rivers and replenish reservoirs. Even though we are hundreds of miles from the Sierras, Desert Water Agency has rights to some of that water. When precipitation and reservoir levels are low, it reduces the amount of water that we can import and use to replenish the groundwater.

The Department of Water Resources conducts five snow surveys each winter – around the first of the month January through May.

While the wet winter so far has helped boost water from the Sierra snowpack, the next two or three months will better determine the outlook for reservoirs and the overall water supply.