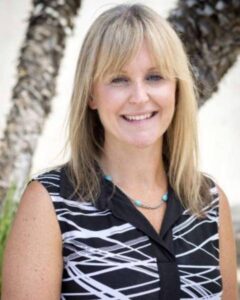 During its regular meeting on Jan. 5, the Desert Water Agency Board of Directors elected a new president and officers.

The Board selected Kristin Bloomer, Division 5 representative, to serve as President.  James Cioffi was selected Vice President and Joseph Stuart as Secretary-Treasurer.

The new officers will lead the Board in 2021.

Bloomer served as DWA’s Vice President prior to becoming President. She was first elected to the DWA Board in November 2015 and was re-elected in November 2020 to a second term during DWA’s first division election.

Cioffi was Director prior to serving as Vice President. He was appointed to the Board in 2009 to fill a vacancy and has been re-elected several times since his appointment. He has served as President and Vice President during previous rotations.

Stuart served as President prior to becoming Secretary-Treasurer. He was appointed to the DWA board in 2012 to fill a vacancy and has continued to be re-elected since his appointment.

The five-member board also includes Patricia G. Oygar, Director at large, and Paul Ortega, appointed in Nov. 2020 to represent Division 4.